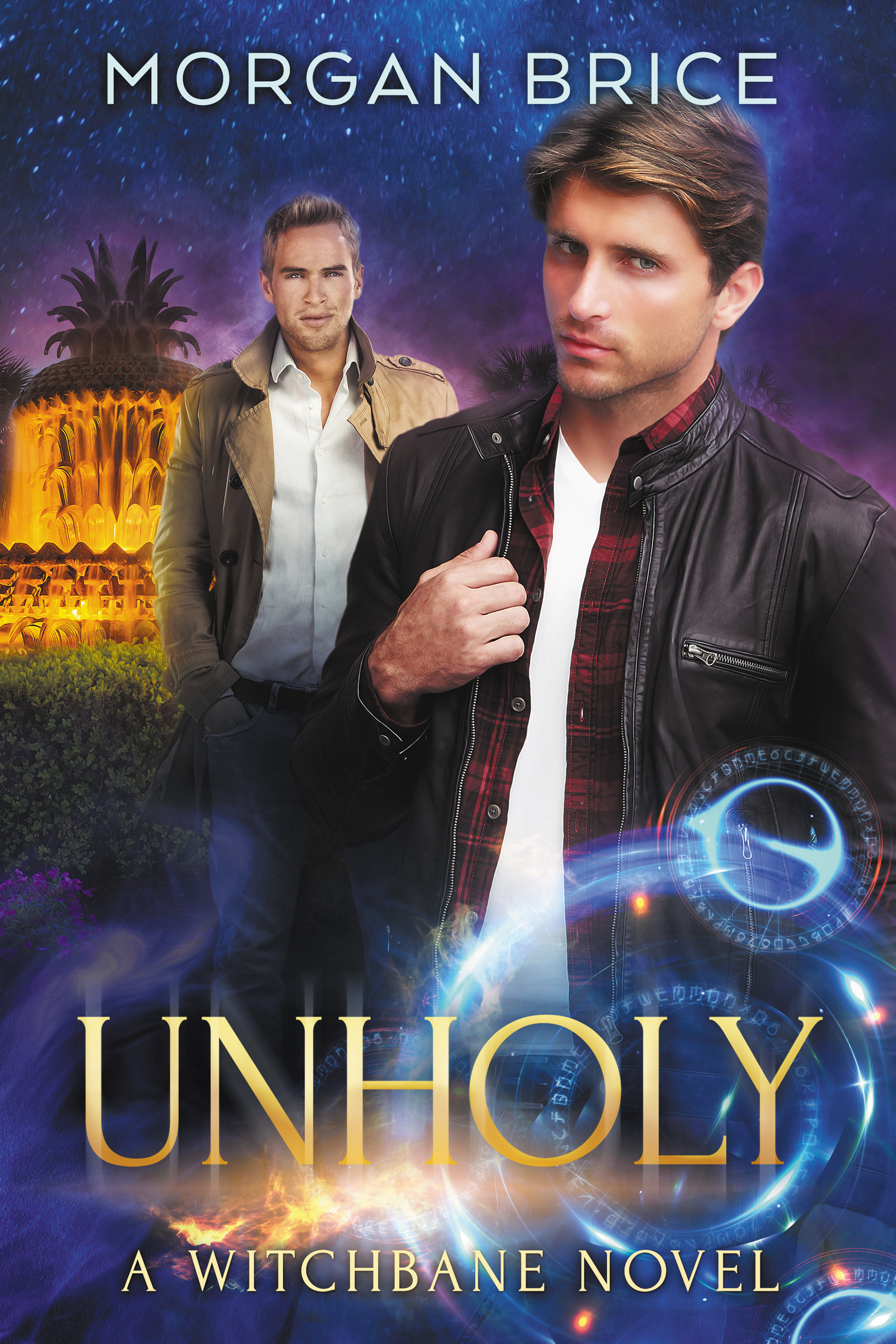 A cycle of ritual murders. A coven of dark warlocks, drawing their immortality from the magic of their dead master. Two men sworn to stop the deaths, destroy the warlocks, and avenge the victims. Except this time, the killer flips the script.

Seth Tanner swore vengeance on the dark witches who killed his brother, Jesse. He rescued Evan Malone from one of the witches, and they’ve fallen in love despite the danger and chaos, going on the road to complete the quest and bring an end to the ritual murders. Their relationship is still new, tested at every turn by danger and magic.

Seth and Evan head to Charleston to stop the next warlock and save his intended victim. But this time, they’re too late. The warlock has already powered up, and he’s determined to destroy the two hunters one way or another. A deadly curse on Seth and Evan means time is running out. Can they find a way to turn the tables, or is Charleston their final destination?

Unholy is an urban fantasy MM paranormal romance with plenty of supernatural suspense, hurt/comfort, hot sex, found family, dark magic, and paranormal thrills. It is part of a series but can be read as a standalone and features an evolving, established romantic relationship with all the feels. Intended for readers 18 years of age and older.