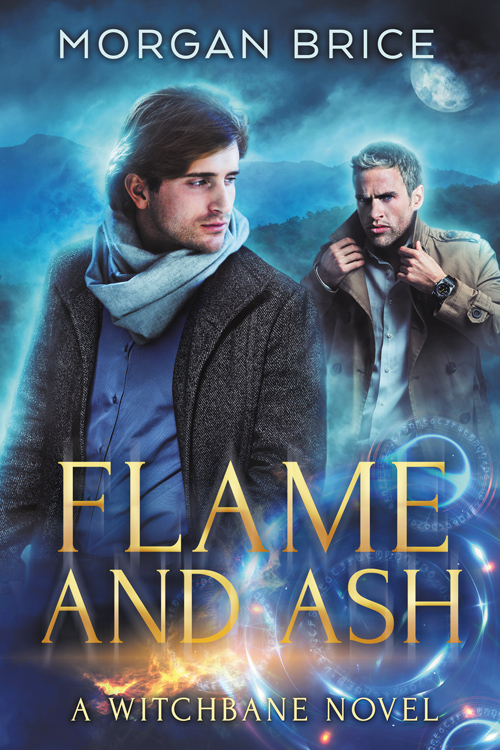 One hundred years ago, a sheriff’s posse killed dark warlock Rhyfel Gremory, but his witch-disciples escaped, and their magic made them nearly immortal. To keep their power, each year one of the witch-disciples kills a descendant of one of the men in the posse, a twelve-year cycle that has cost dozens of lives, including that of Seth Tanner’s brother, Jesse

Seth rescued Evan Malone from one of the witches, and they’ve fallen in love despite the danger and chaos, going on the road to complete the quest and bring an end to the ritual murders. Their relationship is new, their emotions are raw, and the danger is real. It’s a challenge to find their way as a couple while they’re on the road together in the close quarters of Seth’s RV, training in magic and combat skills to fight off a supernatural killer.

In pursuit of the next witch-disciple, Seth and Evan team up with older hunters Milo and Toby as their quest to stop a century-long killing spree takes them to a small town in the Blue Ridge Mountains. They’re ahead of the sacrifice cycle, with plans to stop the murders and kill the dark witch. Only this time, the hunters become the hunted when the witch knows they’re coming to get him, and has deadly plans of his own. When their lives are on the line, will love be enough?

Flame and Ash contains sexually explicit content intended for adults 18 and over.